I am generally not giving to sleeping late, even when I've stayed up unusually late, and even less so when I turn in early, as I did last night, exhausted from a week of work-related shenanigans. I usually don't have particularly good reasons for not sleeping in; it's just what I do. Today is an exception, and I regret lingering (though not malingering).

There's a reason, you see. Principles at stake, screaming for affirmation. Founding principles, eternal principles, principles that bind. They can't all be articulated, or listed. But we can sample.

Lennon, for instance, and to a degree that causes me to wonder whether people who actually like Sir Paul McCartney are stupid, or willfully ignorant, or just damaged.

DC U-nited, when the going is tough, and when it isn't:

God-DAMN, that video will never get old. It's got everything. Including me and him, if you look hard enough.

The enduring magic of Bowie, who in my days of adolescent rage I thought just a glam-fag, an attention whore. We're often wrong as adolescents. So sue me.

I know. Traditional and sappy, but there you have me.

The best kid evar, but it's not her day, even though she's a founding and enduring principle. 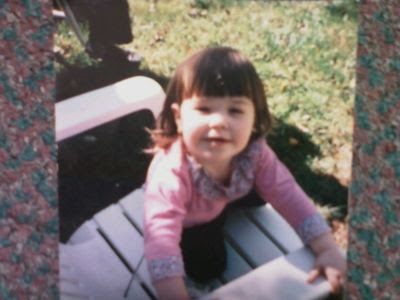 It gets harder and harder, in his dotage, the years mounting and exponentializing until they smother us both into thinking we've been alive forever and always will be, to come up with something original for this day of the three holy days. I can't even manage to further belabor the founding principles meme, which is a little disappointing, some people swearing (she knows who she is, but it's not her day either) that riding a meme until it's broken by the ponderousness of my own je ne sais quoi but not before the conclusion of the task. C'est le sacre derriere. But I must, I must, I must increase my bust, for this year he actually went out and came up with a spanking new Tube to accompany the traditional

Did you know I once had a heart attack just to be more like him? That made me realize things were getting ridiculous, so I didn't quit smoking (as he had done years ago) or get unfat (as he did after his heart attack, which of course was better than mine, for I live to shadow). We had a serious discussion once about a significant high school reunion--we wondered which of us should wear the collar and which should hold the leash. It all turned out to be more energy than those people deserved. Goddammit. Originality just isn't my bag, people. I had an awesome idea--a picture of the two of us from 26 years ago (!) next month, a time of relative innocence and uncomplication. But y'know what? The fucker looks too much like he did back then. I'm utterly unrecognizable, compared to my current self. But him? Meh. Outing a guy for his birthday would be a pretty fucked up thing to do, and we spent most of last Saturday looking at dated pictures of me and my fucking family anyway.

I know this isn't about me but Damn, The Hooded Negro is awesome.